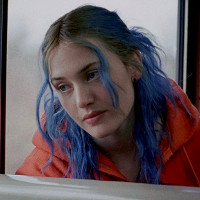 Clementine Kruczynski is a character from Eternal Sunshine of the Spotless Mind. This page summarizes crowd sourced ratings of their personality collected from users of the Statistical "Which Character" Personality Quiz. People who take the quiz are asked if they would also be willing to volunteer to rate characters that they know. The ratings are made on a 100 point scale between two adjectives and then all averaged together into a composite. Because of the "law of large numbers" (a.k.a. wisdom of the crowds) this profile is very reliable. If you take one persons opinion of what a character is like and compare it to the opinion of another person about what that character is like, they could be very different. But if you compare the opinions of two groups, the difference gets smaller and smaller the larger the groups.

The similarity between two characters can be calculated by taking the correlation between the lists of their traits. This produces a value from +1 to -1. With +1 implying that every trait one character is high on the other one is high on too, to an equal degree. And, -1 implying that if a character is high on specific trait, the other one is low on it. The 10 most and least similar characters to Clementine Kruczynski based on their crowd-sourced profiles are listed below with the correlation in parenthesis.